Hello from Alamosa, Colorado. Its Tuesday morning the day after our house concert in here in Alamosa.  I am enjoying the 360 panoramic view of the Sangre de Cristos mountain range and the San Juan Del Norte mountains and  the fruited plains surrounding me. Life is very good.

The last time I checked in we were up in Red River, NM. Michael Hearne and I played the 4th of July parade, and a concert at the Bitter Creek Ranch, Michael  Martin Murphy “Chuck Wagon Series” on Wednesday night. Friday night we jammed at ‘The Lost Love Saloon’. It’s the cool little bar downstairs at ‘The Lodge' where we were staying during our visit to Red River. Mike Addington and Mark Webberneck hold court there most week nights and weekends. They were kind enough to let us sit in and share the night with them.

Saturday night we journeyed down to Taos and played at the KTAOS solar radio station.  It’s not only a radio station, but also has a grill and bar in the complex and an indoor stage and an outdoor stage for live concerts. We played on the inside stage and the place was jam-packed with dancers.  They all came out to see and hear and to welcome home Taos’ own prodigal son Michael Hearne. They love him up here for sure.  He could run for mayor! The night was a little like and had the same kind of vibe of Michael’s Big Barn Dance. There was a lot of fancy stepping, twirling and swirling going on. You just had to be there. Charles J. Cox was there taking pictures as he did up at Bitter Creek.  Check him out on Face book!  What a great gig it was. Thank you KTAOS for having us.

We had Sunday off so we drove on up to Alamosa and got here a day early. We’re at Teri and Don’s, which is also the home of Howlin’ Dog Studio.  Our friends Ezra and Keith of "Trout Fishing” were in Alamosa playing the train trip which we played last summer. They were on their way to Prescott, AZ. and were hanging out for a couple of days staying with Don and Teri. We had a chance to visit with them. After dinner we did a little living room picking.  We broke out some classics,  Poco, Buffalo Springfield, Van Morrison, Beatles, and a few originals thrown in. It was great fun.  Safe travels “Trout”.  We’ll see you at the Big Barn Dance in September.

Next door to Don and Teri’s home and studio is a beautiful, recently finished “Guest House” compliments of the David Clemmer family, where we were invited to stay while we are in Colorado. The Clemmer family partners with Teri and Don, Howlin' Dog Studios. It is also used for the house concerts Don and Teri host and where we  performed on Monday night. The beautiful house has a large high ceiling in the living room with large windows wrapped around, so you feel like you have the  great outdoors looking in. It’s the perfect place to play music. It was a ‘sell out' on a Monday night. Another Howling Dog act, “Pint and A Half” opened the show with a short set of material from their new CD “Boomtown Ghosts”. It was a pleasure to meet Duke and Tami Sheppard and hear them live. They and their music were well received. Michael and I had the big band configuration. Michael Hearne and Don Richmond, Mike Roberts on bass and Ezra Idlet sitting in on the Cajon and myself. We be jamming…It was a magical musical evening. At one point the roof nearly blew off of the new house. I think that was “Wish I Was a Freight Train” by Don Richmond with the band jamming with him!  Everyone left buzzing from the night. The ‘icing on the cake’ was after the show  I simply walked down the hall,took a left, and into my room.  You know, I could get used to that! It saves on late night driving and gas money.

Now we have a couple of days before we head to Colorado Spring for the Black Rose Acoustic Society concert series. We’ve never performed in Colorado Springs. This is a very prestigious concert series to play. We’re looking forward to bringing our music to an entirely new audience.

On our day off tomorrow I am going to check out the Sand Dunes National Park down the road from Alamosa.  It is just too close not to see this wonder of nature. I’ll send pics. I’ll see you up the road. 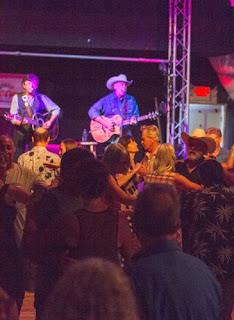 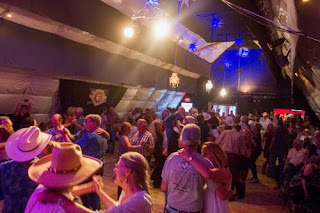 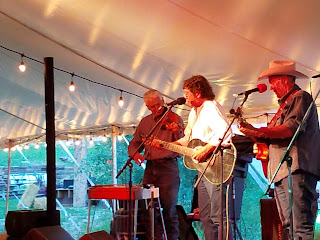 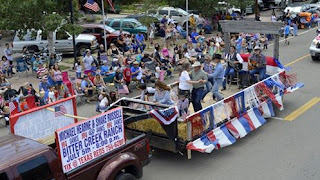 Posted by Shake Russell Blog at 12:16 PM No comments: